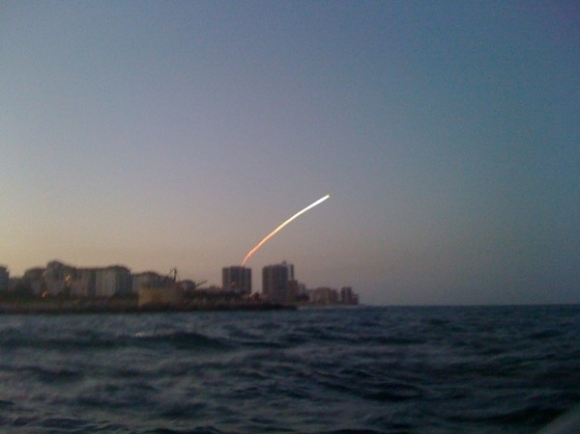 This image of the recent space shuttle launch is just one of a collection of great Twitter images gathered here that show the launch from all kinds of perspectives. The backyard photos have a real Ray Bradbury “Rocket Summer” feel to them. And as long as we’re watching the skies, here’s a nifty slide show on the history of the telescope.

William Zinsser on writing (and rewriting) On Writing Well.

Are you ready to learn the secret of the mother of all funk chords?

“All real narrators are unreliable.  That is a great strength: it is realistic.  Another is that one can hint at things left hidden.  A third is that you can reveal in Chapter 19 something that was hidden in Chapter 9.  Please don’t ask for examples.”

I’ve already linked to this post once before but I’m doing it again because I think the writer has really captured something about this band’s greatness.

I’m sorry. I know I should be open-minded about such things, but really . . . this is just so sad.

Alex Ross has heard the upcoming Bob Dylan album and the word is good: “There’s a fantastically chilling, end-of-one’s-rope number called ‘Forgetful Heart,’ which has this Kafkaesque image: ‘The door has closed 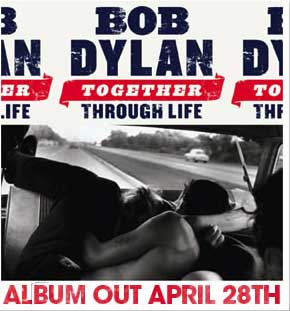 forevermore / If indeed there ever was a door.’ But the sadness of the scene is lightened by sweet-sounding arrangements (mandolin, accordion, and violin fill out the band) and by flashes of wit (“Down by the river Judge Simpson walking around / Nothing shocks me more than that old clown”). Some up-tempo, old-time rockers also keep the night terrors at bay.” Allan Jones agrees: “Together Through Life gets in your face immediately – with the wallop of the cheerfully-titled ‘Beyond Here Lies Nothin”, which is driven by spectacular drumming and massed horns, a trumpet prominently featured – and over the course of its 10 tracks doesn’t back off, doesn’t appear to even think about doing so, Dylan’s voice throughout an unfettered roar, a splendid growl.” And Bill Vogt is taking a trip down memory lane with the bootlegs in his life.