Back, and there again 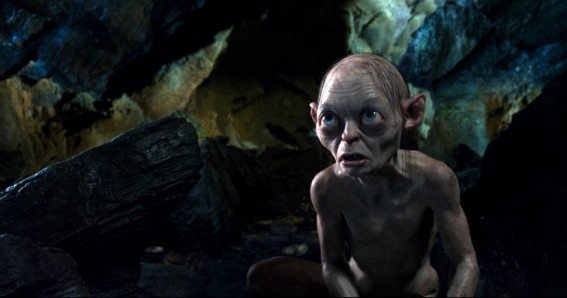 “I feel thin, like butter scraped across too much bread.” That line, and the way Ian Holm delivered it, was the moment I realized that The Fellowship of the Ring was going to be a lot better than I expected, back in 2001. The Hobbit: An Unexpected Journey, the first installment of Peter Jackson’s new Middle-earth epic, brought that line to mind again, but not in a good way.

I was actually pleased to hear that Jackson and his writers would be expanding their planned two-part adaptation of J.R.R. Tolkien’s 1937 novel to three full-length features. After all, in their adaptation of The Lord of the Rings the same team had shrewdly brought forward story elements Tolkien left buried in the back matter of The Return of the King.

But for all the talent on display here — and there is a great deal that’s likeable about this film — this initial Hobbit feels like 90 minutes of story rattling around in a nearly three-hour shell. Of course the story doesn’t have the same emotional weight as The Lord of the Rings, but still. The pacing is off. There are long stretches of wheel spinning, and an extended visit to Rivendell that only adds to the sense that the filmmakers are twiddling their thumbs instead of getting on with the real business. Jackson’s lavish take on King Kong had the same problem — he took too long getting started, and then didn’t know when to stop.

On the plus side, however, Jackson hasn’t repeated his biggest casting mistake from King Kong. Jack Black was never for a moment believable as a charismatically roguish filmmaker, but Martin Freeman is the distilled essence of Bilbo Baggins, and even when The Hobbit was at its logiest I kept watching just to see what subtle character touch was coming from him. The film picks up considerable steam at the halfway mark, and the “Riddles in the Dark” sequence with Gollum — more convincing than ever, thanks to improved special effects, and more affecting than ever, thanks to the consistently remarkable Andy Serkis — moved from comedy to menace to pathos with complete mastery. The genuinely emotional finale ended the movie on an undeniable high note. I still wish Jackson and company had stuck to the idea of making two films, but reservations aside, I’m on board for three.

You don’t have to be a fan of John Scalzi, Robert A. Heinlein, or science fiction in general to enjoy Scalzi’s piece “Lessons From Heinlein,” especially if you’re a writer in any genre. Heinlein stood the entire SF field on its collective ear in the mid 20th century and his work remains popular for a lot of good reasons, as well as a great many bad ones. As a model for how to construct a fast-moving story in which characters develop and reveal themselves through their actions, Heinlein is one of the best. The trouble is, a great many people of the libertarian stripe see Heinlein as a sage as well as a storyteller — a readable Ayn Rand, if you like.  There’s a line from Paul Theroux’s novel The Mosquito Coast — “Your father is the worst kind of pain-in-the-neck — a know-it-all who’s sometimes right.” — that applies perfectly to Heinlein. John Scalzi, to his great credit, understands this and has absorbed the right lessons from the man’s work.

Scalzi reposted this essay to mark the tenth anniversary of his novel Old Man’s War, which he wrote with Heinlein’s Starship Troopers in mind. Oddly enough, the 1997 film version of Starship Troopers has been all over cable the last few weeks — nothing says Christmas like freshets of human gore and insect goo, I suppose. I wouldn’t argue for Paul Verhoeven’s film as a good movie, though it is one of the most watchable bad movies ever made. It’s also the only film adaptation I can think of that expresses such blatant contempt for its source material. With its propagandistic news broadcasts, Albert Speer-derived sets, and Third Reich haberdashery, Starship Troopers deliberately cocks its leg over everything Heinlein argues for in his novel. Even the casting of Casper Van Dien and Denise Richards as Johnny Rico and Carmen Ibanez mocks Heinlein’s deracinated characters, who have Latino names but are interchangeable with Heinlein’s other white mouthpieces. (Hilariously, some Heinlein fans have cited Rico to answer charges of racism arising from his less palatable works, such as Farnham’s Freehold.) The film’s broad satire is fun, but unfair. One may dispute Heinlein’s contention that raw force “has settled more issues in history than has any other factor,” but flipping it off doesn’t really serve as an answer.

So Ollie and Lena have their Sunday dinner, and once they’re done Ollie steps outside for a smoke while Lena cleans up. And while he’s outside, Ollie notices his neighbor Carl standing on his front lawn, staring at his porch with a very serious expression on his face.

“Ya, Ollie, I got troubles,” Carl says. “I got a family of raccoons living under my front porch and I can’t get rid of ’em.”

“Oooh, Carl, dat’s no good. Have ya tried setting traps?”

“Ya, Ollie, I set a bunch of traps, but dese raccoons are real smart. Dey steal de bait outta de traps and leave ’em for me to step on. So dat’s no good.”

“How about puttin’ out poison bait?”

“No, Ollie, I don’t want ta do dat. I have dogs and dey might eat da bait and dat’d be no good neither.”

Ollie thought about it a bit.

“I tell ya what, Carl,” he said. “Have yer missus cook up a big platter of lutefisk and put it under de porch. See what happens then.”

Carl smiled and nodded. “Dat’s a good idea, Ollie! I’ll give dat a try, you betcha.”

So a week goes by and Ollie and Lena have their Sunday dinner. And when Ollie steps out for his usual smoke, he sees Carl on his front lawn, looking even more serious than before.

“So Carl, what happened? Didn’t the lutefisk work?”

“Ooooh, Ollie, dat was one good idea. It worked just swell. My missus made the lutefisk and I put it under the porch and the raccoons ran away and I haven’t seen ’em since.”

“So what’s wrong, Carl? Why are you stil looking so serious and grim?”

“Well, Ollie, the lutefisk chased out the raccoons all right. But now I got a family of Norwegians living under the porch and I can’t get rid of them.”

Here’s a nice, out-of-the-blue surprise: a very flattering writeup on my novel We All Fall Down. And if what she has to say about the adventures of Karen McCarthy sparks your interest, here’s a link to the very affordable Kindle edition.

Tagged crime novel, We All Fall Down