The rules of film publicity went out the window in the late Nineties when fanboy websites like Ain’t It Cool News started publicizing movie-set gossip and the results of the surveys studios distributed among audiences at preview screenings. I remember that when James Cameron’s Titanic was getting that dreaded “bad word of mouth within the industry” buzz, AICN had been reporting that preview audience responses were going through the roof, which made the film’s phenomenal success a lot less startling.

Since then, it seems to me, filmmakers have been responding to Internet fanboy espionage in three ways. Some, like for example George Lucas, tried to block it out completely, with spotty results. Others, like Peter Jackson, welcomed fanboy attention and catered to it with video diaries and on-set visits — when the first Lord of the Rings film opened, there was a remarkable amount of good will in the fan base.

The third, much smaller group, consists — as far as I can tell — of Brad Bird and J.J. Abrams, who are playing the fanboys like fiddles over their upcoming projects. Bird, who directed The Iron Giant and two of Pixar’s best features before moving successfully into live-action films with Mission: Impossible — Ghost Protocol, is using selective leaks to generate levels of fanboy analysis that would do Borges proud. And J.J. Abrams is using spinoffs like the comic book prequel to Star Trek Into Darkness to keep everyone talking. It even amuses me, and I couldn’t care less about a new Star Trek movie.

Heard it on the news I

Phew. It was only a nightmare. 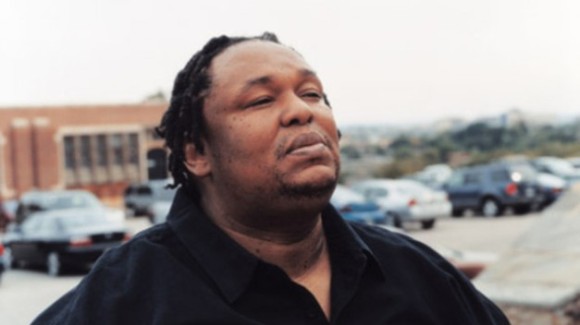 Robert F. Chew, the Baltimore-born actor and teacher, just died of heart failure at the very premature age of 52. Not only was Chew a superb actor — his character Proposition Joe was a mainstay of The Wire — but he was also a mentor to many of the young actors who filled out the show’s huge supporting cast. In interviews, Chew said that some two dozen of his students had roles in the show, including the four young men — Michael (Tristan Wilds),  Namond (Julito McCullum), Randy (Maestro Harrell), and Dukie (Jermaine Crawford) — whose fates are determined in the show’s harrowing fourth season. He also helped Felicia “Snoop” Pearson shape her amazing performance as an enforcer for drug lord Marlo Stanfield, a role Stephen King called one of the most terrifying female villains he’d ever seen.

I don’t think it’s much of a stretch to say Proposition Joe is one of the show’s most beloved characters, a Dickensian figure with Falstaffian girth and plenty of salty wit. Though Joe is a presence in all five seasons, he really came into his own in the third, when his maneuvering to keep the street-level drug trade quiet and bloodless mirrored Bunny Colvin’s plot to channel drug dealers into nonviolent “free zones.” With his inch-thick Bawmer accent and droll manner, Chew could inject humor into any exchange.

Dave Simon, the show’s co-creator, was shrewd enough to alter the show in response to what the actors were doing, and he wrote scenes to spotlight Chew’s acting chops, such as the hilarious bit in which Prop Joe adopts four different voices and personae to track down a police officer with a few phone calls.

I’m not sure who should get credit for some of the other character touches for Prop Joe, but I always thought it was interesting that of all the high-end drug dealers using legitimate businesses to conceal their operations, Joe’s base was a repair shop. Time and again, we get glimpses of Joe working on small appliances, acting as a fixer in more ways than one. Joe also seems emotionally invested in bringing old things back to useful life. It makes his final conversation with his nephew, Cheese, all the more poignant.

I recently sprang The Wire on another unsuspecting soul, who unsurprisingly ended up completely gripped by all five seasons. What did surprise me was a subtle detail that I managed not to see until now, even though I’ve watched the whole thing several times over. As the final cut in its running critique of the drug war, The Wire ends with the same bloody ecosystem in place, only with new faces. Michael takes Omar’s place as a stickup man plaguing the dealers. Marlo has moved into Stringer’s slot as the gangster trying to go straight, though his volatile temperament makes success far less likely. Bubbles has cleaned up his act, but Dukie, school dropout and addict-in-training, will follow his old downward path. Randy is on his way to becoming another Bodie, a child of a barely functional group home who has learned to hide his decent impulses under a rock-hard mask. And Kennard seems destined to become an even more vicious version of Marlo.

But even as the partners change and the dance continues, nobody seems ready to take the place of Proposition Joe. (The only possible contender, Slim Charles, for all his street smarts and loyalty to his old boss, doesn’t have the organizational savvy to run his own shop.) So the only player not replaced is the one who exercised some ameliorating effect on the savagery of the game. I guess that says everything we need to know about where the story will go from here.

Now that the clouds of incense surrounding the late Christopher Hitchens have dissipated, the pushback is underway, and welcome. I enjoyed his book reviews and his readiness to tangle with religionists — he was certainly the earliest and most articulate truth-teller following the death of the odious Jerry Falwell — but his posturing as a professional left-wing apostate and cheerleader for the Iraq disaster soiled any of his other accomplishments. “His tragedy, which his careful revisions and rationalisations cannot conceal, is that he became what he had despised – as Hazlitt put it, ‘a living and ignominious satire upon himself’.” Yep.

Bertrand Russell appeared in a Bollywood film. Who knew?

I’ll drink to that.

So the Tealiban, the Elmer Fudds, and the Charles Whitmanites have declared that Martin Luther King’s birthday will also be National Gun Appreciation Day. Stay douchey, wingnuts. The more of you come out into the sunlight, the more people get to see you for what you are.

Jeff Redfern learns about the daily demands of the writing life. It even brings him closer to his journalist dad. Doonesbury continues to surprise.

Yours Truly is interviewed in today’s edition of The Record. The topic is the planned restoration of the Pulaski Skyway in Hudson County. The columnist, John Cichowski, is kind enough to give a mention to The Last Three Miles, for which I thank him as well.

Evan S. Connell, dead at 88. He’ll always be best known for his debut novel, Mrs. Bridge (1959) and its companion volume, Mr. Bridge (1969), but he had what may have been the most varied and wide-ranging body of work of any American writer: historical novels about the Crusades (Deus Lo Volt!) and Custer at Little Big Horn (Son of the Morning Star), poetry (Notes from a Bottle Found on the Beach at Carmel), a biography of Francisco Goya, and historical essays (The White Lantern, A Long Desire). He often wrote about obsessives: the frustrated junior clerk in The Diary of a Rapist, the fixated collector of The Connoisseur, the eccentric visionaries covered in the historical essays (collected in The Aztec Treasure House).

Connell enjoyed a late-career burst of success when Son of the Morning Star, published in 1984, became a surprise bestseller and basis for a TV movie. A few years later, the Bridge novels were adapted for film as Mr. and Mrs. Bridge, starring Paul Newman and Joanne Woodward. The film is far from bad, but the Merchant Ivory team cast a far more forgiving eye on the couple, especially Walter Bridge, whose prejudices and failings were presented in a far nicer light than Connell’s novels. Taken as a pair, the Bridge novels are a masterful look at white middle-class life between the wars.

Given the author’s interest in the mania for acqusition and collection, it was only appropriate that the two Bridge novels be turned into a very clever literary collectible (pictured above) at a price that would discourage all but the most obsessive collectors. I’m sure Connell understood the impulse.

The highway of the future is a thing of the past

It had to happen sooner or later. The Pulaski Skyway, subject of my book The Last Three Miles: Politics, Murder, and the Construction of America’s First Superhighway, will closed to eastbound drivers for two years of repair work. The state will close the span early in 2014, following Super Bowl XLVIII at MetLife 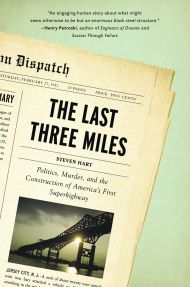 Stadium. Apparently two lanes of outward-bound traffic will remain open throughout the project, but anyone heading for New York City needs another plan.

If you want to prepare for the traffic delays, why not pick up a copy of The Last Three Miles and read about the design flaws and eleventh-hour political interference that made the Hudson County span the rollercoaster of terror it is today? Or marvel at the machinations of political boss Frank Hague, one of the biggest players in the Skyway saga, and the bloody labor war that broke out when one of Hague’s former allies, labor czar Teddy Brandle, clashed with the anti-union contractors building the causeway? It’s also available as an ebook and there’s an audio version capably read by the great Dion Graham, whose other audiobook performances put me in some damn flattering company. (He also played Rupert Bond in the later seasons of The Wire, which I never get tired of bragging about.)

And while we’re on the subject of Hudson County and the Pulaski Skyway, this is as good a place as any to begin announcing that this coming fall will see the publication of American Dictators: Frank Hague, Nucky Johnson, and the Perfection of the Urban Political Machine, due out from Rutgers University Press. I’ll have a website and Facebook page up for the book later in the year. It’s the cornerstone of what future generations will know as The Year of the Hat Trick, about which more anon.

I got your Oscars right here

Back in the 1980s, the hilarious British puppet show Spitting Image tried to establish a beachhead in the colonies. It didn’t pan out, but it did leave behind this glorious trashing of the Academy Awards. The victims include Sylvester Stallone, Tom Cruise, Sigourney Weaver, Laurence Olivier, and above all, Leonard Nimoy.

Something I never thought I’d see: a good documentary about bad writing. Not about my writing, of course, ha ha ha. I said, ha ha ha. Why aren’t you laughing? Laugh, damn you!