And the voice of J. D. Rhoades was heard throughout the land: post four questions relating to yourself as a writer, along with an image and link for your latest book. Then invite three other authors to do likewise the next Monday. 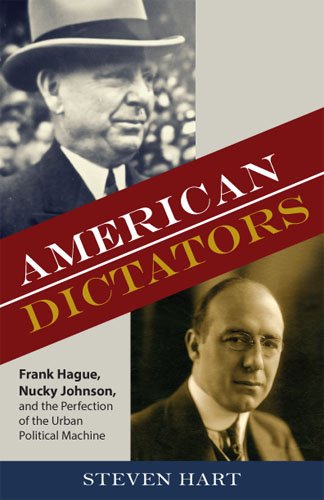 Michael Gray have given me the most awesome cover blurbs.) I’m also plotting out a sequel to my first crime novel, We All Fall Down, that will take the heroine to some pretty harrowing places. I’m also doing preliminary research on a couple of likely nonfiction projects that will be a decisive break from the political boss/political machine orientation of my first two nonfiction books, The Last Three Miles and American Dictators.

2. How does my work differ from others in its genre?

I like to think my fiction is distinguished by its level of realism, its intensity of emotion and its preference for unconventional protagonists and points of view. A big part of the impetus for writing We All Fall Down was my wish to create a woman cop who reflected the ones I’ve met on the job. With that in mind, I decided to complicate the picture by making Karen McCarthy an unattractive woman who under regular circumstances would probably be ignored by most men. Giving someone like that a job that makes her impossible to ignore opened up lots of intriguing possibilities.

That question assumes I have a choice. I go in for crime stories, partly from taste and partly because newspaper work and the things I observe on the job provide fuel for my imagination. Part of the inspiration for We All Fall Down was a trial in which a jeweler was accused of using an armed robbery at his store as an excuse for killing his wife during the gunplay. (The novel’s opening chapter has nothing to do with the case, I was just struck by the idea of using a crime to cover up another, even bigger crime.) Echo was in part an angry response to some sexual assault cases I knew about, as well as a local sex-crime case in which many locals (smart people I had never suspected of Neanderthal tendencies) sided with the aggressor, a local pillar of the community. I like fantasy and science fiction but I have no gift for writing either. I tend toward hyper-realism in my fiction.

4. How does your writing process work?

My pattern with fiction is to start with a scene and play with ideas and plotlines that lead to and away from it. Once the novel’s first quarter and final scene are

fixed in my mind, I start writing in earnest. I don’t work with outlines in fiction — I like to surprise myself. (Nonfiction is a different matter. Structure is your best friend when writing a large nonfiction work.) While working on something I usually develop odd fixations on certain pieces of music that have no obvious connection to the project. I let them play themselves out, because writing is a conscious and subconscious activity. Once a project is finished, I put it aside to cool off before revisions. There are always revisions, and coming back to the project after a brief interval allows you to see things and make new thematic connections.

This past fall saw publication of my latest nonfiction book as well as my second crime novel. American Dictators: Frank Hague, Nucky Johnson, and the Perfection of the Urban Political Machine (Rutgers University Press) is a dual biography of two men I consider the ultimate political bosses in terms of power and influence: Frank Hague, master of Jersey City and Hudson County, and Enoch “Nucky” Johnson, the preening Boardwalk peacock of Atlantic City. (He is the inspiration for the heavily fictionalized Nucky Thompson in the HBO series Boardwalk Empire.) The book has gotten some very good notices and even rated a mention in the New York Times. Echo (Black Angel Press) is my black diamond: the darkest, most hard-edged novel I will probably ever write. It’s proved to be much less popular than We All Fall Down, which doesn’t surprise me because it’s a much harsher book, but I think its heroine and her sister are the two best female characters I’ve written to date. It’s also produced the most extreme reactions of any novel I’ve written: some thought it was a knockout, but one friend resolutely refuses to say anything about it one way or the other. (She’s still willing to associate with me, so I guess that’s a positive sign.) Joyce Carol Oates was the presiding spirit for the project.

As for tagging some other writers and authors — any volunteers? Bathsheba Monk, any irons in the fire? Anybody else?

Game of Thrones is a class act. Yes, the show is so eager to display the naked female form engaged in sexual acts whenever possible that I sometimes think Paul Verhoeven took over the camera to make a medieval version of Showgirls. Yes, the previous season’s depiction of how Theon was transformed into Reek (which took place mostly offstage in the novels) played like outtakes from Salo.

But in the second episode of the new season, King Joffrey (aka Caligula Bieber) brandished his new sword and wondered aloud what to name it. “Stormbringer!” someone shouted off camera. “Terminus Est!” someone else shouted, just as another called out the name used in George R. R. Martin’s novel — Widow’s Wail.

The plot rolled on and I rolled with it, but not before I had my little glow of appreciation for the shout-outs to Michael Moorcock and Gene Wolfe. What is turning out to be the greatest fantasy series ever made for television took time to give props to two other fantasy greats. Terminus Est is the massive sword used by Severian, the apprentice torturer in Wolfe’s The Book of the New Sun.  Stormbringer is the soul-devouring weapon featured in Moorcock’s long-running series about Elric, the semi-human albino who needs the sword to keep himelf alive.  So — a class act.

If someone had also called out “Graywand” or “Scalpel,” thus referencing Fritz Lieber’s classic Lankhmar stories, the episode would have scored my personal heroic fantasy trifecta. Maybe another episode. I’m sure they’ll get around to it. This show is, after all, a class act.