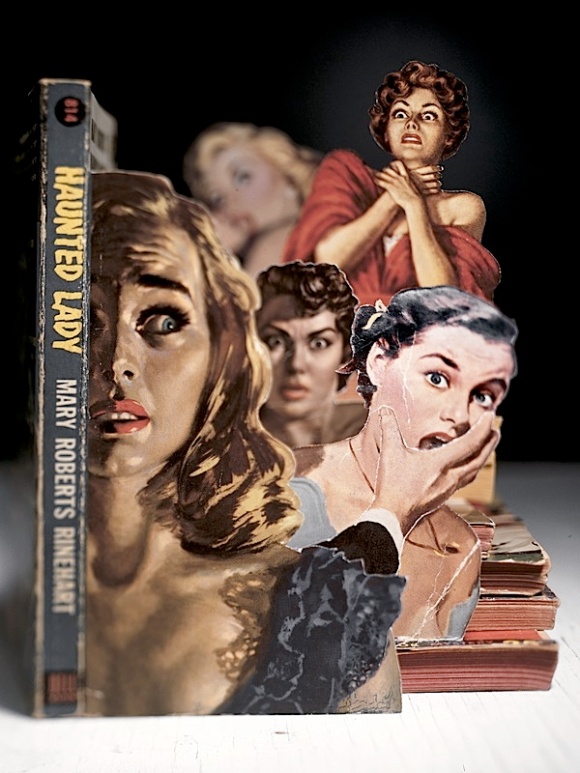 Photographer Thomas Allen creates dioramas using cover art from pulp novels of the Forties and Fifties. If they get your blood pumping, take note that the Oregon Literary Review is canvassing for pulp-style stories of up to 10,000 words in length.

This week marked the 50th anniversary of the publication of Philip Roth’s first book.

Trying to decide if you want to buy that new J.R.R. Tolkien book? Let Tom Shippey, author of The Road to Middle-earth, walk you through it. The big question, as Shippey explains, is how Tolkien addressed the Konigsproblem of Germanic philology. And while we’re on the subject of texts that inspired Tolkien’s work, Open Letters Monthly has a really interesting piece on the Kalevala, the great Finnish national epic.

Eight things you didn’t know about the Internet.

Another wingnut attempt to smear I.F. Stone as a Soviet spy, another corrective smackdown from Eric Alterman.

The new issue of The Biographer’s Craft is up.

“A few years ago it was decided that we would redesign the Nabokov backlist and use the 50th anniversary of Lolita for the kick off . . . I came up with one of my favorite covers of all time. A very simple variation on a standard Lolita theme yet with a very subversive twist. I was surprised how well it went over, but after a day or so everyone started to get a little queasy looking at it (myself included). So the twist was taken out and we have what the New York Post said was the ‘raciest cover yet’ for Lolita. If they only knew.”

This is just too freaky. I mean, whistling spiders? I ask you.

The plots of the first 10 Star Trek movies compressed into haiku form. And why not? And as long as we’re geeking it up, here’s a linguistic history of the Klingon language.