One of the benefits of being a Pulitzer Prize-winning journalist is that when you turn your hand to writing thrillers, as John Sandford (aka John Camp) did in the 1980s with Rules of Prey and its numerous sequels, you have enough background knowledge and information-gathering skills to portray high-fliers and low lifes with ease and authority. Having trolled the gutters in his last three “Prey” novels, Sandford heads upmarket with Silken Prey, which tosses his detective hero 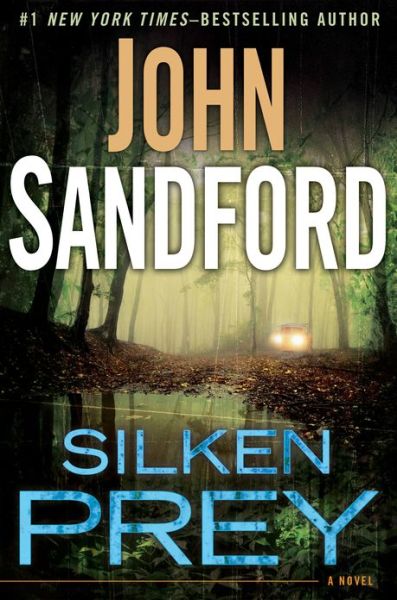 Lucas Davenport into the middle of a scandal involving kiddie porn, kidnapping, and possibly murder, all with a high-pressure Senate race rumbling overhead. This is the most political novel in the series since Wicked Prey, which was set during the GOP national convention in Minnesota, but don’t let that scare you off. There are no polemics here, just a sharp awareness of how money and power skew everything, even a hunt for justice. Especially a hunt for justice. And Sandford is too much of a pro to let his political inclinations turn his characters into ideological puppets. Silken Prey is first and foremost a police procedural involving targets with enough money to buy off trouble, or pay to have it inflicted in spades on their enemies. Sandford himself sums it up early on: “Shootout at the one percent corral.”

A better comparison for this novel might be Secret Prey, which played its murder investigation against intricate corporate maneuvering during a bank merger — think The Bonfire of the Vanities crossed with Thomas Harris and you’ll get an idea of the novel’s unique flavor. Silken Prey doesn’t quite match that book’s dazzling high-wire act. Without going into too much detail, let’s just say there’s a promised confrontation that doesn’t arrive, which undercuts the finale just a smidge.There’s also a bit too much cross-pollination with Sandford’s other two series characters, Kidd and Virgil Flowers, which seems a little too gimmicky for this otherwise exemplary author.

Which is not to say Silken Prey isn’t as engrossing as its predecessors, just that it doesn’t hit the peaks of Secret Prey, Storm Prey, or the black sheep of the series, Shadow Prey. There’s a great deal of gallows humor on display, as when a character who’s a poster child for narcissistic personality disorder reads a description of the condition and angrily dismisses it point by revealing point.

There are also hints that Sandford may be preparing a graceful exit for Lucas. The series began in 1989 as a top-grade Thomas Harris knockoff in which the hero often proved as scary dangerous as the psychos he was hunting. By about the eighth novel it ripened into top-grade police procedurals, and now Sandford has been adding intimations of mortality to the mix. I don’t think Sandford will kill Lucas off — for one thing, his publishers know that too final a terminus will dampen sales of the backlist — but Silken Prey ends with an antagonist well positioned to put him out of the way, career-wise or in any other sense of the word. I think we’re going to see some interesting changes in the next couple of novels.